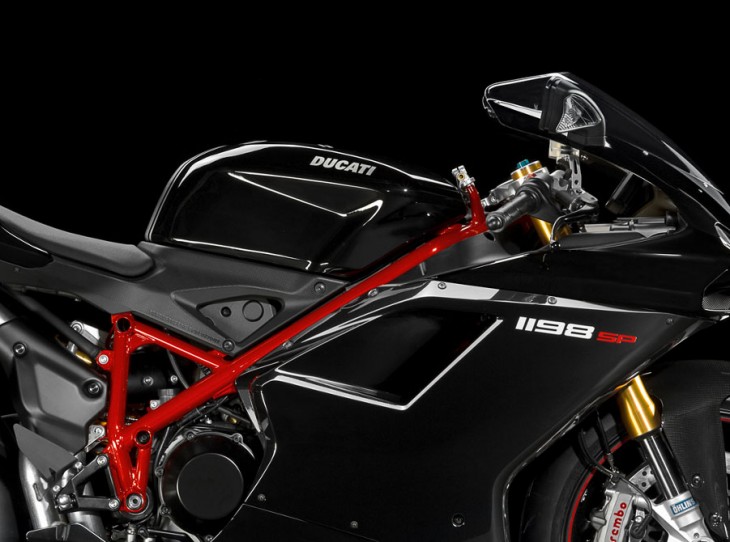 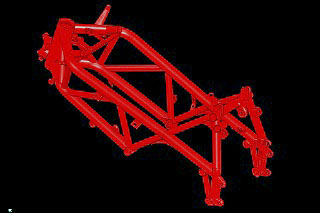 While its MotoGP team moves from a carbon fiber chassis to aluminum, Ducati supported Carlos Checa and Team Althea Racing capture the 2011 WSB championship in convincing fashion with the traditional, steel trellis-framed Ducati 1198. Checa clinched the crown early (with one round and three races remaining, including the second race at Magny-Cours). In building a 107 point advantage over second place, Checa has had 14 race wins and 20 podiums to far.

There is speculation why Ducati does not return to a steel-trellis frame for MotoGP, but the heavier, production-based WSB machines, at 1,000cc (which make similar peak horsepower and more torque than the 800cc MotoGP bikes), must place similar demands on their chassis despite the slightly slower lap times they run in comparison with the MotoGP bikes.  If you look at some of the common tracks, pole position this year in WSB would have started from the third or fourth row of the MotoGP grid, roughly two seconds off the MotoGP pole time.

Here is how Ducati describes their steel trellis frame on the World-beating 1198:

Developed in cooperation with Ducati Corse, the lightweight Trellis frame features 34mm main section tubes with a material thickness of 1.5mm. The result is an incredibly rigid construction that remains one of Ducati’s lightest frame solutions ever.

Through decades of racing and development, Ducati has proven that innovative chassis engineering and evolutionary frame advancements win races. The tubular Trellis frame, used on every Ducati motorcycle, is a signature design element.

This unique Ducati frame is light, rigid and beautiful thanks to its ingenious Trellis design and use of high quality ALS 450 tubing. Each tube is mitred and micro-fusion welded in a complex triangulated pattern and our incredibly strong L-Twin engine cases are functional ’stressed members’ of the chassis.